The best way to explain how The Mandarin Show works is to tell you what it doesn’t do: it doesn’t throw a bunch of strange Chinese words at you, then make you repeat them over and over (and over) until your mind is forced to remember it. (Even though that’s what everybody else does.)

Here’s an example: the Mandarin word/sound “PIE” (written as “pai”) means to “beat” something. So that’s just what we do: we actually BEAT PIES! It’s a big mess, but when it comes to a tasty way to learn Mandarin, “you just can’t BEAT PIE.”

And so it goes for every word in The Mandarin Show language learning system. It’s as easy as “pie.” 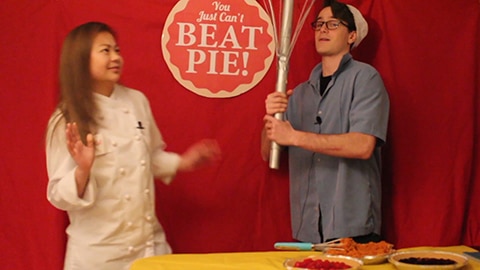